The two entities of the French region of Nouvelle Aquitaine hosted this event which brought together the seven partners of the Interreg Sudoe Eguralt project from Spain and Portugal. 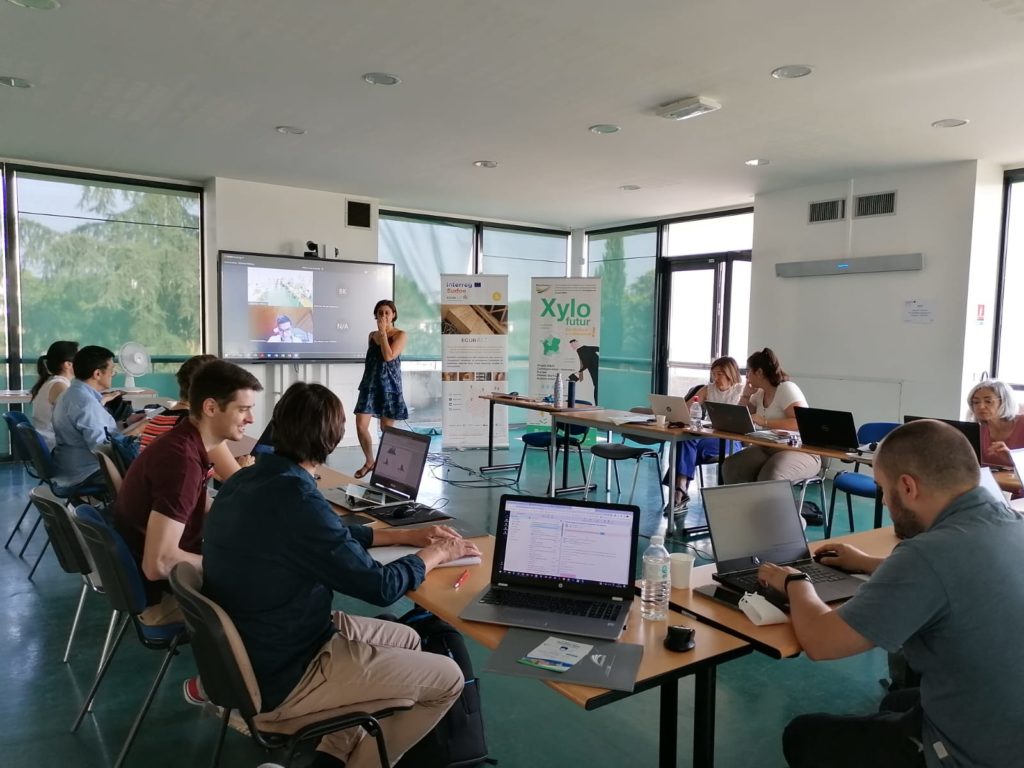 The Interreg Sudoe EGURALT project held its fourth steering committee on 15 and 16 June at the premises of Bordeaux Sciences Agro. Hosted by Xylofutur and ENSAP Bordeaux, the partners of the Interreg Sudoe Eguralt Project from Spain and Portugal met all day on Wednesday to discuss the progress of the project, while on Thursday 16th they travelled to the Institut technologique FCBA and the Campus François d’Assise for study visits.

In this way, on Wednesday 15th the partners discussed the latest developments and actions carried out by the consortium and later the technical meetings of the three Working Groups of the project were held, where all the work carried out during the six-month period is explained in depth and in detail.

Among the latest advances of Eguralt, it is worth highlighting the results of the publication of the book on the State of the Art of high-rise timber construction in the Sudoe Area, the different experiments and new processes and technologies developed in the last months, as well as the progress in the capitalisation of knowledge and awareness for the change of paradigm.

As for the experiments, the advances in experimentation in the development of public housing, presented by Maitane Zazu (Nasuvinsa) and Oskar Azkarate (Baskegur), and the experiments in pre-industrialisation processes with CLT concrete panels with local species, by Carlos Albino from SerQ, were explained. Three pilots were also shared: “Glued laminated timber from local hardwoods” (Claudio Ferreira and Carlos Martins from SerQ and Gonzalo Moltini from Cesefor), “Passive or semi-active thermal mass in wood-framed building envelopes” (Denis Bruneau, ENSAP Bordeaux) and “Solutions to improve durability against subterranean termites in CLT panels” (Manuel Touza, Xera). 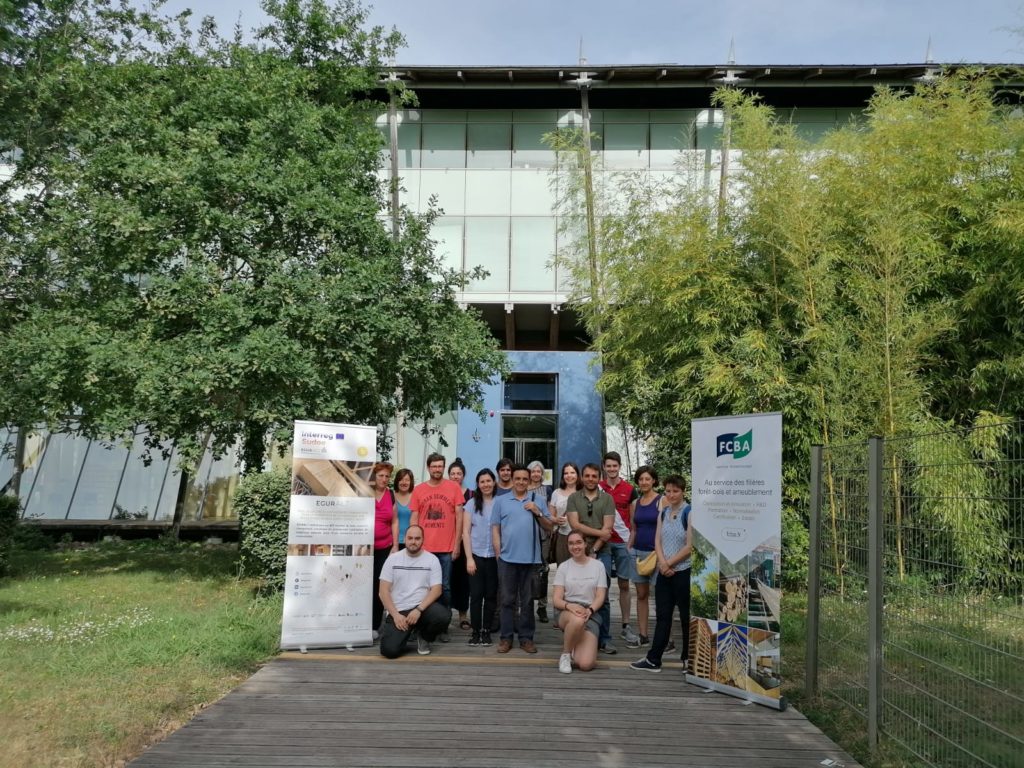 Regarding the dissemination and capitalisation of knowledge and awareness raising for a paradigm shift, Régis Le Normand -ENSAP Bordeaux- explained the progress in the development of a training module on medium-rise timber construction, Apolline Oswald explained the collaboration with international networks on high-rise timber construction and Manuel Touza -Xera- concluded by proposing an awareness raising campaign for this type of construction.

The partners of the Interreg Sudoe Eguralt project took advantage of the trip to Bordeaux to enjoy three study visits in which they could discover more about different processes in timber construction. Thus, on Wednesday 15th they visited the ENSAP Bordeaux facilities, while on Thursday 16th they visited the Institut technologique FCBA and the Campus François d’Assise.